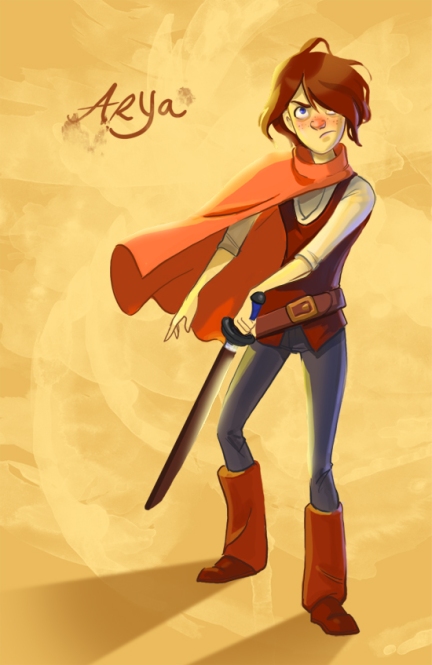 The Mary Sue posted this great pic of what Arya Stark would look like in Disney 1960s animation. They asked the question, how different would Sword in the Stone have been if Arya were Wart?

Well, a lot, obviously – fun to think about. And since I’m on a serious princess kick lately, I bring you:

Scrubbing floors gives a girl plenty of time to plot an evil queen’s downfall. When the huntsman takes her out into the woods to kill her, she grabs his sword and stabs him with the pointy end. Then she storms the castle, dispatches the evil queen, and reclaims her kingdom.

Someday her prince will come . . . visit her as the reigning monarch.

Bluebirds fear her – she hunts them down and wrings their necks for food. Nymeria has eaten all the mice. By the time the Fairy Godmother shows up, she’s been repeating her list and knows it by heart: Stepmother. Anastasia. Drusilla.

She is in no danger of pricking her finger on the spindle of a spinning wheel – she hates that domestic bullshit. When Maleficent shows up, she stabs her with the pointy end.

Danerys cries because she likes ladies who can turn into dragons.

Ignores lame Prince Eric; becomes apprentice to the Sea Witch. Learns to change her face and steal other people’s voices. Uses what she learns to free the creepy garden of enslaved mer-people – but pins it on someone else so she and Ursula can still be pals. 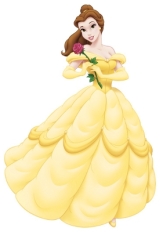 Does not agree to voluntary imprisonment on anyone’s behalf. Seizes Lumiere and burns the place down. Regrets it later, thinking the Beast would have made a smashing fur cloak.

Lets Rajah eat Jafar immediately. Parrots make good stew. She’s not interested in marrying Aladdin, but they have street urchin adventures together. She teaches him how to hunt pigeons.

I'm a writer/mom/legal secretary living in Austin, TX.
View all posts by christafrench →
This entry was posted in Uncategorized and tagged Game of Thrones, princesses. Bookmark the permalink.